Hollywood is a place that is said to have the fountain of youth, as there are countless celebrities that never show any age change on their faces. You could compare a photo of some celebrities with a 10 year age gap and they would look the same.

There are usually two reasons why celebrities’ faces change. One is the natural toll time and age takes on everyone’s face. Celebrities start their career and grow and age right in front of us. The other reason is their own desire to look different. This can be anything, from a simple hairstyle change or hair colour change to something drastic like plastic surgery.

She used to be called “America’s sweetheart” after her adorable performance in the movie ‘Jerry Maguire’. She was known for her pouty lips, prominent cheeks, and bedroom eyes. She was insanely talented and holds an Academy Award for her outstanding performance in the movie ‘Cold Mountain’. The media went into shock after she appeared at an event in 2014 and was completely unrecognizable. Many said this was the result of seeing an older version of an actress who hasn’t been in the spotlight for quite some time while others claimed plastic surgery. 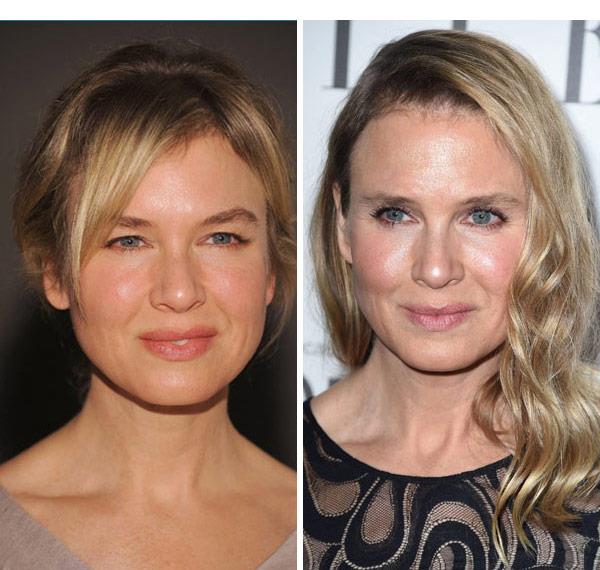