What would you do if you see a 33 feet long Anaconda? Obviously you would run for your life. However construction workers in Brazil were lucky enough to encounter the world’s largest snake which was dead.

Is this really the world’s largest snake? In one of the latest discoveries construction workers in Brazil found a massive 33ft anaconda in a construction site. The fantastic gigantic anaconda was discovered after an explosion ripped through a cave blown up for construction of the Belo Monte Dam in Altamira, Brazil.

1So large it had to be hoisted on a crane

The most unfortunate aspect of the discovery was that the snake was found dead, killed most probably by the explosion which is a total shame as it would have been incredible for wildlife experts to gain such a significantly large reptile. 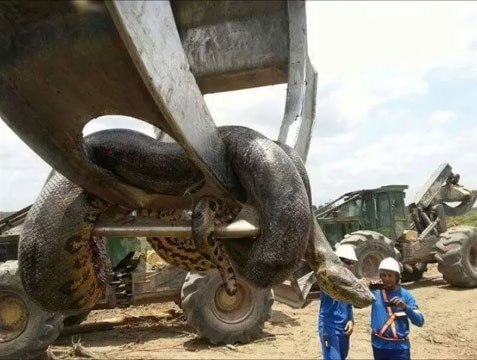