he video went viral for its obscure content. In the video, a lanky creature does a funny walk from the woman’s front door to the driveway!

Security cameras have helped safeguard our homes, offices, schools, streets, you name it, they’ve kept a watchful eye over the public. Thanks to their abundance, there have been some really weird instances that have been caught on tape.

There are plenty of weird mysteries that get taped that leave people searching for answers. One such video was posted on Facebook by a lady who spotted something really weird on her security camera.

Vivian Gomez posted a video of the strange creature on her Facebook page, captioning the video as: “So I woke up Sunday morning and saw this on my camera and am trying to figure out…what the heck?? First I saw the shadow walking from my front door, then I saw this thing…has anyone else seen this on their cameras?? The other two cameras didn’t pick it up for some reason.”

The video was instantly shared for its very weird content. In it, a lanky creature does a funny walk from Gomez’s front door to the driveway. Folks claimed that it could have been an alien or a creature from the netherworld. Many pointed out that it looked like a kid in flipflops and underwear on its head walking that way.

is that fucking Dobby ?!

a lady posted this and said she saw this on her home camera this morning. what y’all think this is ? 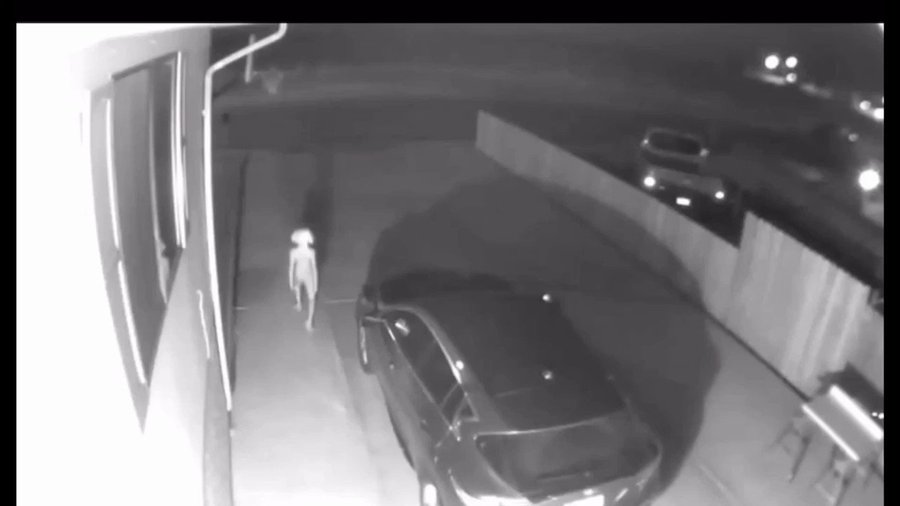 164K people are talking about this

But the video was soon picked up and shared on Twitter, which exploded with its own set of theories. Folks were quick to point out that the creature heading out into the darkness of the night looked a lot like Dobby, the house elf.

226 people are talking about this

Harry Potter fans will be familiar with the name, but essentially, Dobby is a house elf that loses his life in the Harry Potter series after becoming a free elf. The mystery creature was dubbed ‘Dobby’ because of its elf-like appearance (the ears are a dead giveaway) and weird wobble.

Did you see that clap? Out here living his best life

he got a sock and forgot how to act

211 people are talking about this

Soon the thread was exploding with Dobby-related humor, pocking fun at the lanky thing in the ten-second video. Let’s just hope that the thing caught on camera isn’t an alien!